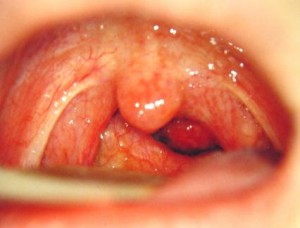 The medical history of the patient combined with a physical examination by the doctor will be enough for an initial diagnosis of nasal polyps. But for confirming the exact location and extend of the polyps developed, further investigations will be necessary. X-ray of paranasal sinuses will give a clear picture of the extent of the polyps in sinuses. A CT scan will be useful in finding out the  involvement any anatomical changes that will  be present in patients who have undergone previous operation in the nasal area.

By properly and carefully administered steroid treatment the symptoms of antrochoanal polyps can be controlled to a very great extent and relief from the pain and other irritations can be obtained. A treatment period of at least six weeks will be necessary for getting any tangible results from this treatment. If no fruitful result is produced even after conventional treatment stated above then only the option of surgical removal of antrochoanal polyps will be taken up by the surgeon. Functional endoscopic sinus surgery is the procedure generally followed by ENT surgeons to remove sinusitis and  or nasal polyps. In this procedure an endoscope  which is an instrument with a long flexible tube on one end of which a powerful camera with a light source is attached is used. The other end  of the tube is connected to a monitor placed in front of the surgeon. This endoscope is inserted through the nostrils which can view inside of the nostrils and the four sinuses. Specimen required for culture and biopsy purpose are extracted and send for examination. The polyps which are to be removed are cut and removed. The post operative treatment will be based on the biopsy results.

Treatment for Polyp in Kolkata